Win at all costs 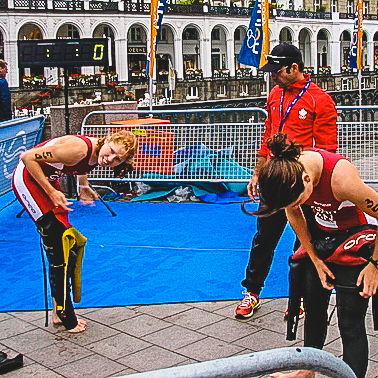 We all know the power and influence coaches have in the lives of their athletes. Athletes who grow up participating in a variety of sports remember that one coach who encouraged and empowered; who made it fun while asking them to look inside to find a little more. When we talk about the role models critical to a young person’s development, it’s parents, teachers and coaches. Coaches foster the growth, development and health of our children and are central figures in the functioning of a healthy community.

Mary Cain’s story has dominated the headlines recently, triggering something of a #metoo movement amongst female athletes. Her testimony has become a lightning rod, compelling women to demand change. A talented young female runner, fresh out of high school and brimming with youthful hope and vigor, relocates across the country to train in what seems like a dream scenario. Mary joined some of the best runners in the world gathered at the Oregon Project under coach and running legend Alberto Salazar.

Cain and her parents could not have anticipated the environment she was walking into in Oregon. According to reports from her and other athletes, the Oregon Project was a toxic, win-at-all-costs, tyrannical environment where Salazar’s word was law. During my Olympic team coaching days, I saw shades of this autocracy in many federations, where talented youth were fast tracked into adult programs by federations and coaches hungry for results. A leave “no-stone-unturned” pursuit of performance unhealthily morphed into a “throw 30 eggs against the wall and the one that doesn’t crack wins” approach. But athletes are not just performance products; they are individuals who depend on coaches, nutritionists and health professionals to support them as they strive to reach their potential as athletes and as people.

The Oregon Project devolved into an environment of “win-at-all-costs.” Athletes claim they were pressured into seeking prescription medications to gain a performance edge and allegations have been lodged against Salazar for trafficking testosterone. In this environment, the human being doesn’t matter.

Cain is someone’s daughter – a kid really – who just happens to be really good at running. Can we justify any means if the outcome is a gold medal? Do you chastise a young girl – or any woman – in front of a group of her athletic peers about her weight? Do you brush it off when she divulges that she is cutting herself? A coach is not a professional psychologist – that’s not our role – but we are mentors and leaders and have a responsibility to look out for the well-being of the young athletes under our guidance. To help them get help.

This year Ruth Winder won the National Road Cycling Championships. Like many endurance athletes, she had her struggles with body image, restricting calories in the name of performance to the point of becoming amenorrhoeic, which can result in long term irreversible physical changes. Bicycling Magazine reported, “…the thing with Winder: She’s a perfectionist. She was fastidious about counting calories. Her mindset at the time, she says, was ‘I can deal with being a little bit hungry’.”

Willing to endure hunger in an attempt to increase her power-to-weight ratio, Ruth instead saw her performance go backwards. Recognizing she was not on the right path, she reunited with her old coach, Ben Day. And here’s the difference between Day and Salazar: Day looked holistically at Ruth, the person, her psychological health and happiness. He immediately sought professional help for Winder.

Together, Day and Winder consulted Dr. Stacy Simms to create a holistic nutrition plan that focused on nutrients rather than calories, reinvigorating a performance approach which included mountain biking and an extended break from cycling altogether. They consulted a sport psychologist. Ben Day recognized what many coaches before him have as well: A happy athlete is a fast athlete.

What’s the difference between these two environments? One involves degradation and abuse, trying to grind out performances from athletes regardless of the long-term impact on their physical and mental health. The other leverages the role of the coach as mentor, orchestrating a healthy, proactive high-performance environment…a coach who cares for the whole human being, fostering performance results rather than breakdown and burnout.

Salazar and the coaching staff at the Oregon Project missed the opportunity to not only develop a world class runner in Mary Cain; they missed the opportunity to mentor and support a world class person. And to make it worse, they inflicted emotional and physical damage that drove Cain from the sport and may affect her for the rest of her life. Ben Day and other coaches like him get it right and are proof positive that coaches can be powerful mentors for women and men alike.

Coaching comes with great responsibility. Coaches have an obligation to look out for the well-being of their athletes in addition to their long-term performance development. We cannot lose sight of the fact that our athletes are human beings first and that this is a critical component in helping them attain their maximum personal potential.

Lance Watson, LifeSport head coach, has trained many Ironman, Olympic and age-group Champions over the past 30 years. He enjoys coaching athletes of all levels. Contact Coach@LifeSportCoaching.com to tackle your first IRONMAN or to perform at a higher level.