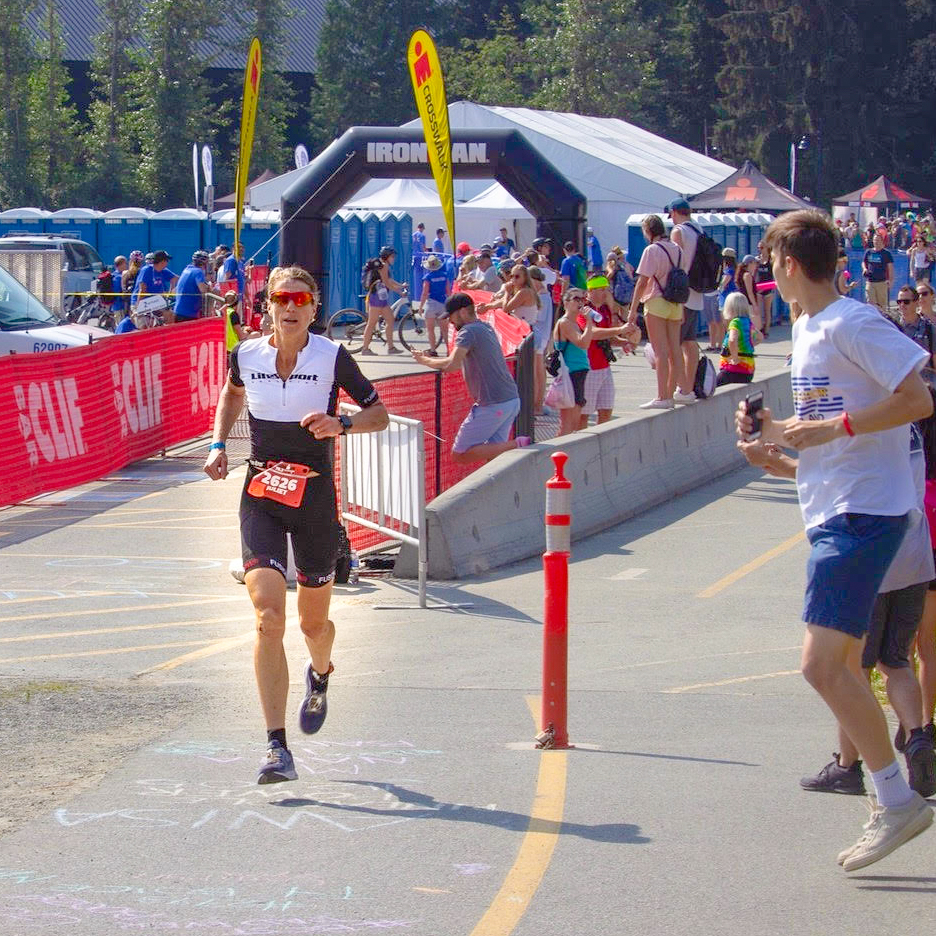 Ironman is hard. It exposes your weaknesses; the gaps in your preparation; your mistakes on course. It’s a long day and a huge goal. You don’t sign up for Ironman because it’s easy. It’s a massive challenge to overcome and that’s what makes it is so rewarding. It pushes your limits and shapes your character.

The epic nature of Ironman inspires the mantra: “Finish No Matter What!” But should this always be the case? I have been to the Ironman World Championships many times where top contenders received accolades for walking the marathon. That is the spirit of sport. They are in it with the rest of us mortal age groupers and they value finishing the distance as much as racing the distance. No DNF’s!

But what if you are managing an injury out there? What if you have severe nausea or a badly upset stomach? What if you are off pace from your goal or personal best? I’m presenting a little bit of decision-continuum here…where do you draw the line?

I once coached a woman who was in a sprint finish at Kona. Can you imagine being at the end of a marathon and sprinting like it was a 5K? That is painful. She was a professional and the previous year was the top American, finishing top 10 overall. She actually made the NBC highlight reel because of her epic finish. She was managing an injury going into the race, a “sore leg” and was so determined she probably undersold it a little bit to me. After the race we discovered she had a fractured femur. The sprint was for 23rdplace. Was it worth it to finish? She was injured for months.

I coached another professional athlete who had complained of abdominal pain throughout the week, but again had downplayed it. Her appendix ruptured at mile 10 in the marathon. I had to help pull her off the course. She was in the top 15 at that point.

These are not crazy people. They are determined individuals who are passionate about sport – just like almost every athlete who hits the start line of an Ironman.

Two weeks ago, I was at Ironman Boulder. LifeSport Pro Brent McMahon had come off a winter of injury and was in need of a good result to qualify for Hawaii Ironman, the World Championships. Timeline to October predicated us choosing a spring race. While we knew he was fit because he had won a 70.3 in Monterrey four weeks prior, we also knew he was slightly underdone in terms of training. And although adequate time was spent at altitude in preparation, racing at altitude was still a challenge. The X Factor for him was the frigidly cold air on race day. The confluence of those three factors led to a perfect storm that shut his body down at 18 miles. It was too much metabolic stress. He could have walked, jogged, shuffled into the finish. Do you think he should have? There is great honor in finishing an Ironman.

On that day I advised Brent to DNF. You should understand that there is no more difficult conversation for a coach to have with an athlete on race day. But the reality is that we needed to limit damage so he could regroup and try again for Kona before the qualifying cut off. The strategy paid off in the short term. Two weeks later he was able to win a silver medal at 70.3 Mont Tremblant. This was not only good for his sponsors (which is critical for his survival in the sport), but also good for his spirit going into his next qualifying attempt at Ironman Lake Placid. If he had finished in Boulder, he would not have been able to race this weekend, earn a living, and his preparation for Lake Placid would have been compromised.

Lance Watson LifeSport head coach, has trained a number of Ironman, Olympic and age-group champions over the last thirty years. He enjoys coaching athetes at all levels. Contact Lance at lance@lifesportcoaching.com to tackle your first Ironman or to perform at a higher level.