Is it better to race with or without technology? 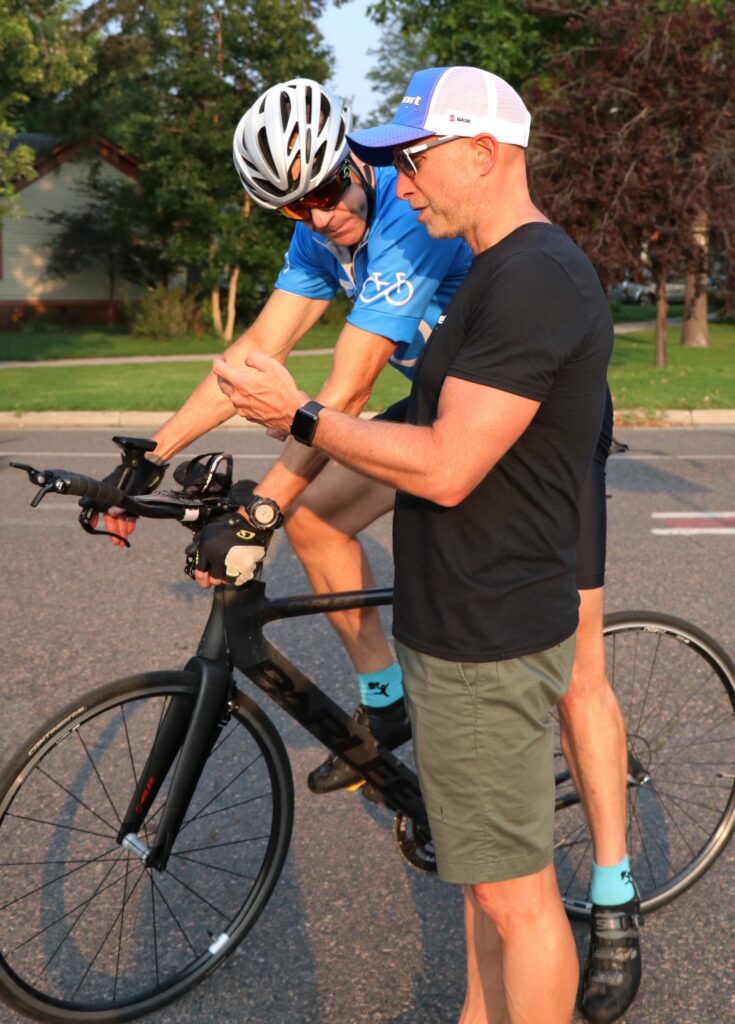 05 DecIs it better to race with or without technology?

The longer the race, the more important pacing becomes. Assuming you have your nutrition figured out, having a full proof pacing plan for the bike ensures that you will have legs left for the run. Starting the run with a measured effort increases the chances of maintaining pace in the closing stages of the race. In fact, racing with a more even power profile and heart rate, absent of excessive spikes, enhances your ability to consume and process your PowerGels, which results in more available energy and an overall higher performance.

Given all these facts, using technology should be a no-brainer, right?

Before answering “yes”, consider that there have been some incredible historic performances prior to the innovation and proliferation of many of these technologies, tools which we now take for granted.

So how did those athletes do it, back in the day? Quite simply, they raced!

Athletes are not machines. When gauging training with technology you note fluctuations in heart rate versus power output. Some days, for instance, you just can’t get your heart rate up. Another day the power is coming easier. Consider that when Pete Jacobs won Ironman World Championships in Hawaii, at one point on the bike he abandoned his predetermined numbers and just raced, because, as he said, he was “feeling good”.

Numbers can create assumptions and limiters on what we think we are capable. Here’s another example: I have coached athletes in Gran Fondo who have produced higher power output for 2+ hours than they have ever seen for 20 minutes in training. This was because they were focused on staying in their pack, keeping up by reading and reacting to group dynamics. With their attention on the road and other competitors, they basically ignored their technology in the heat of competition.

Athletes have different physiologies. Some athletes have a higher anaerobic capacity, which means they can tolerate more lactic acid (performing above lactic threshold) for a longer period of time and still feel good. This same athlete tends to be able to blow themselves up on the race course, because when they are topped with lactic there is much more to dissipate, coupled with irritated and shredded muscle fibers that have been producing more anaerobic power. Alternately, the high-performing endurance or ultra-endurance athlete can sustain effort at a higher percentage of their lactic threshold, but typically has less anaerobic capacity. These two athletes would have different power targets for long distance racing, or their power zones would be set at different relative percentages of their lactic threshold.

An athlete may not fully discover his/her capabilities over different distances relative to their lactic threshold until they were fully unleashed on race day without limiters. A budding Ironman 70.3 athlete may discover talent for going long, relative to the rest of the field. This may not have been unearthed if the athlete was limited or pre-calibrated by zones or target outputs.

Last, technology assumes there are no dynamics on a race course. Riding behind another competitor well outside the draft zone into a headwind still produces power saving, while passing a string of riders requires an “interval”. That is a common occurrence on flat courses with thousands of athletes. Savvy athletes will surge at opportune times when they sense fatigue in their competitors. Good climbers play their cards on the hills. Experienced riders can relax in heavy cross winds, saving energy over a more tense or timid athlete.

So what do you do? Do you follow your numbers or do you race by feel, strategy and instinct? I would suggest at some point you should cover up your power meter and heart rate monitor, ignore pace and see what you happens when you race purely with your mind and spirit. Engage in the process of technically mastering the course and competing. You might surprise yourself. Assess the numbers after the race, not during. Take what you learn, marry it with what you observe and quantify to create a more holistic race strategy for your next “A” race.

Lance Watson, LifeSport head coach, has trained a number of Ironman, Olympic and age-group Champions over the past 30 years. He enjoys coaching athletes of all levels. Contact Lance to tackle your first IRONMAN or to perform at a higher level.