How long should my long run be? 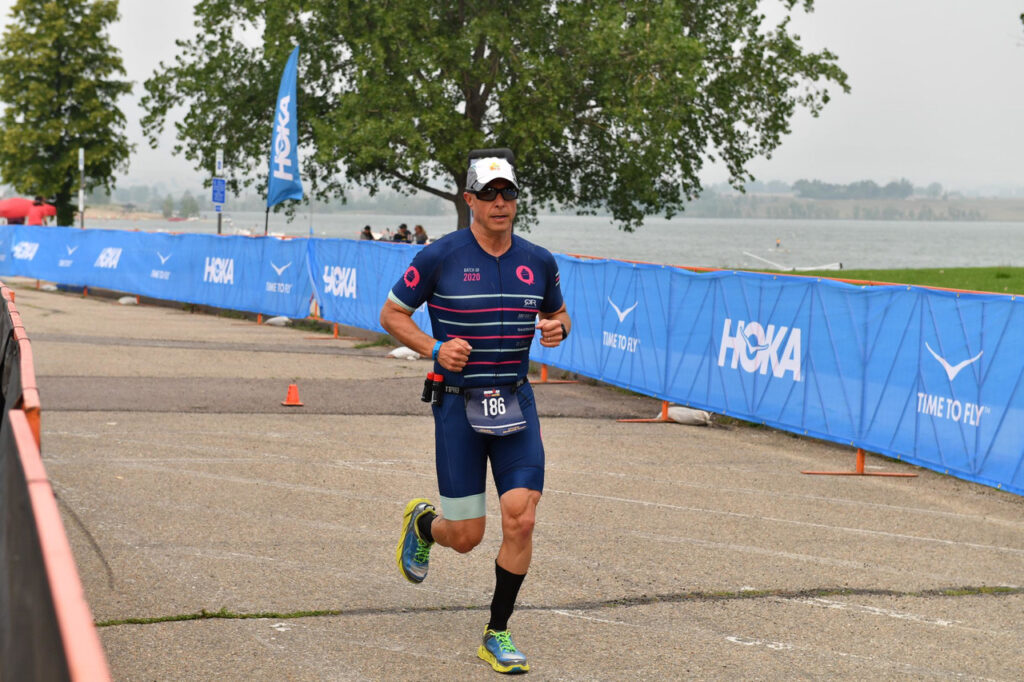 30 DecHow long should my long run be?

As first seen in Triathlete magazine.

The long run isn’t sexy, but it is a staple of every triathlete’s training plan. If speed work is a Ferrari, then the long run is a diesel, one-ton pickup truck. It’s the steady dependable workhouse that will help you go the distance. But despite the importance of this staple workout, most triathletes don’t know the answer to a basic question: How long should my long run be?

As part of a consistent triathlon training program, the long run helps build stamina, develop run economy, improve muscular endurance, and even increase speed. The act of running for an extended period of time increases the strength of primary muscles like quads, hamstrings, calves, and hip flexors. And, this type of steady, aerobic activity is crucial to the development of capillaries, the small blood vessels that deliver oxygen to the muscles, and increasing mitochondria, which use oxygen to transform carbs and fat into energy.

Beyond the physiological benefits, triathletes can also use their long run as an opportunity to work on form and technique, practice race day nutrition, and develop mental fortitude. Running for longer periods of time can lead to increased confidence in your ability to cover the miles during a race.

The physiology of the long run

Lance Watson of Lifesport Coaching has been a triathlon coach for over 30 years and has trained Olympic gold medalists and over 20 Ironman champions. He explains how endurance training can increase heart size and total blood volume.

“Endurance training can increase the number of capillaries in the muscles, allowing for better delivery of blood. It also increases the concentration of red blood cells,” he said. “The size and number of mitochondria increase with training, as well as the oxidative enzymes within.”

Mitochondria are important for endurance athletes, because these cellular powerhouses supply energy to your muscles during aerobic activity. Long runs can also alter your muscle structure.

Running off the bike is like running the back half of a longer race, said Watson—something you need to practice for both long-distance running and triathlon races. “For instance, running 10 kilometers off the bike is similar to running the final 10 kilometers of a half-marathon. You need the endurance and resilience to be able to maintain form when starting the run leg with fatigue in your muscles.”

That type of muscular endurance and durability will be a huge help during the later stages of a race, especially one that can last 8-12 hours. But the confidence that comes from running long distances is just as valuable.

“Learning how to be process-oriented and engaged with run economy and technique, as you gradually fatigue during a long run, has tremendous mental crossover to race day as well,” he said.

But there is a right way and a wrong way to do the long run. The most common mistakes include ramping up mileage too quickly and doing too much running on hard surfaces, which can put athletes at risk of overuse injuries like fractures or tendonitis.

“Another common triathlete mistake is always placing the long run on a Sunday after a long ride on Saturday and always running tired,” Watson said. While there are benefits to doing some running fatigued to mimic race fatigue, “you can make greater progress in your endurance running if you hit the long run fresh, some of the time.”

The long run doesn’t always have to be a slow slog in zone 2. Adding a bit of intensity, elevation gain, and even switching up the running surface can add variety and has numerous benefits.

“There is value to steady, sustained, aerobic rhythm on a flat surface, which reinforces run economy,” Watson said. “I will often prescribe one-half to two-thirds of the run on a flat surface and then finish on rolling to hilly terrain to mix up muscle angles. Adding in some elevation on different run surfaces helps to recruit different muscles, which will build strength and help prevent overuse injuries from repetitive pounding on hard pavement. You can use this technique to simulate the terrain of your long run at your upcoming race by aiming for similar elevation gain.”

Another one of Watson’s favorite variations is the progression run that builds in pace and heart rate by thirds. This type of run has the two-fold benefit of teaching pacing control and running well on tired legs.

“While the long run is often a place for sustained aerobic effort, it doesn’t always have to be that way,” he said. “Doing a progression run, where an athlete builds in effort, gradually moving into higher heart rate zones, helps simulate the feelings of race day fatigue, teaches pacing, and provides variety and mental stimulation.”

How long should my long run be?

Like many coaches, Watson prescribes long runs that are based off duration, not distance. Ultimately, the duration and intensity of your long run will be impacted by what event you’re racing; training for an Ironman will require much different preparation than a sprint triathlon.

Watson often prescribes the longest run in a training cycle between three to six weeks out from a big race.

“If an athlete is planning to finish a longer event for the first time, they’re going to need to focus on simply building enough volume to tackle the distance, whereas the experienced or competitive Ironman can build to max duration a little earlier and then have a shorter, higher intensity, peaking phase.”

Essentially, the less experienced triathlete will build volume in a linear fashion, with intermittent recovery weeks, gradually increasing until it’s time to taper. The more experienced triathlete, who’s looking to go faster, may do their longest run further out from race day, because he or she will be increasing intensity and reducing volume closer to the key event.

Do you need to run the full distance before race day?

A common debate among athletes is whether or not to run the full distance, in training, that you will be covering during the triathlon itself. Watson says the speed and ability of the athlete will determine the answer to this question.about:blank

“For example, a professional athlete may cover a marathon during a three-hour endurance run. But, the cost of running more than three hours typically outweighs the benefit, meaning that the recovery required is detrimental to subsequent training and can create gaps in your progression,” he said. “I’ve observed athletes doing mileage-based progressions for marathons, and they might be out there five hours trying to hit 22 miles, just three weeks before their marathon. That’s a formula for overtraining and injury.”

If Watson has an athlete who will complete their Ironman marathon in more than 4.5 hours, he will have them do several, non-stop long runs between 90 minutes to 2.5 hours. Then, they will also do one to two long runs, with walking breaks, that exceed three hours. “The walking breaks mimic aid stations,” he said. “Also, the micro breaks have the benefit of less cost to muscle breakdown.”

LifeSport head coach Lance Watson has coached a number of Ironman, Olympic and age-group Champions over the past 30 years. He enjoys coaching athletes of all levels. Join Lance to tackle your first triathlon or perform at a higher level.